Power Wattage in the Case of a Solar charger is the expected is Power output from a panel. They are normally rated by the direct current power produced in standard test conditions. The label of the Wattage on the panels is theoretical under ideal testing conditions with our assumption of 100% efficiency. Some are also labeled with the Solar Panels Capacity, Wattage, and Power output.

But the power output is the most important to look out for. The STC rating is given by the power wattage given under lab conditions, while PTC is from the manufacturer from the technical equipment specifications. PTC is usually 10-15% lower compared to STC.

Portable Solar Panels range from the Smallest 5 watts to the highest which can go up to 200 watts. This also dictates the price and would range from $20 to $500, depending upon the brand and additional features. The wattage of the panels is indicated and this can guide you in choosing the best use such as heavy-duty or light, mobile, and either single outlet or multiple outlets.

What Size Solar Charger Do I need

A Power Bank takes the unstable solar panel input and converts it to a more stable DC output which can be used to charge your gadgets with minimal disruptions. Low-capacity power banks, like 5000mAh or even 10000mAh for small devices like mobile phones or tablets. In general, these units are capable of recharging your phone two times from 0% – 100%.

The smaller ones around 2000mAh cannot recharge your device completely but they still contain enough power to give it a bit of energy while on the move. You can easily make out how much battery capacity a power bank contains from its size or weight.

The more powerful ones range from typically around 10,000mAh to 25Ah and upwards. At this level you might be able to charge your laptop with them if it’s not too big of a model (and requires around 55W at most). Some models come with a second USB output to power another device while charging itself via solar panel or wall socket.

You could even use two connected ones in series to get more energy for something like an electric scooter or bicycle, though normally these packs have enough juice already even for bigger applications like laptops.

There are also some bigger units with a whopping output of 25000mAh and more. These might be big and heavy but they can definitely handle your laptops, not to mention keeping it running for some hours (not very long if you’re using it at the same time).

Which Solar Power Bank for Phones

A phone needs 3watts to 5watts of power to charge while an iPad would need around 11 watts. However, if you pick the 5 watts charger for your phone it may not be dependable as this will drop drastically due to inefficiency and won’t fully charge your cellphone on cloudy days. Solar chargers are tested at STC (Standard Test Conditions) at a humidity of around 1.5 and ambient temperature 25 degrees Celsius and are flashed with 100 watts of light. These tests provide a theoretical maximum rating that will not simply work in real-world conditions.

A solar charger is easy to use and you have just to leave the charger around in the sun to charge. Dispersed light is better for solar panels than direct sunlight or sunlight at an angle and a panel can exceed 30% efficiency with dispersed light. Solar Panels can be used to charge all types of Batteries regardless of Voltage. But when selecting a Solar Panel it is important that you match up Wattage and Voltage in order to get the best results.

Solar panels should have a higher rated voltage than the battery this is because the panel’s voltage may drop in case of bad weather and may not charge the batteries. For example a 12v battery system this however does not mean that you should get a 12v Solar panel. The A panel rated between 16 and 19.5 volts will ensure the battery is continually charged.  A voltage system below 21 volts also ensures that you avoid electrical shock.

How Many Watts for a Solar Charger

Solar panels come in all kinds of shapes, sizes, and weights. The general rule is that the bigger the panel the more that wattage but that’s not necessarily true. Two panels of the same size can have a very different output in the same conditions. This mostly goes down to the technology and efficiency which we’ll discuss later in this article. 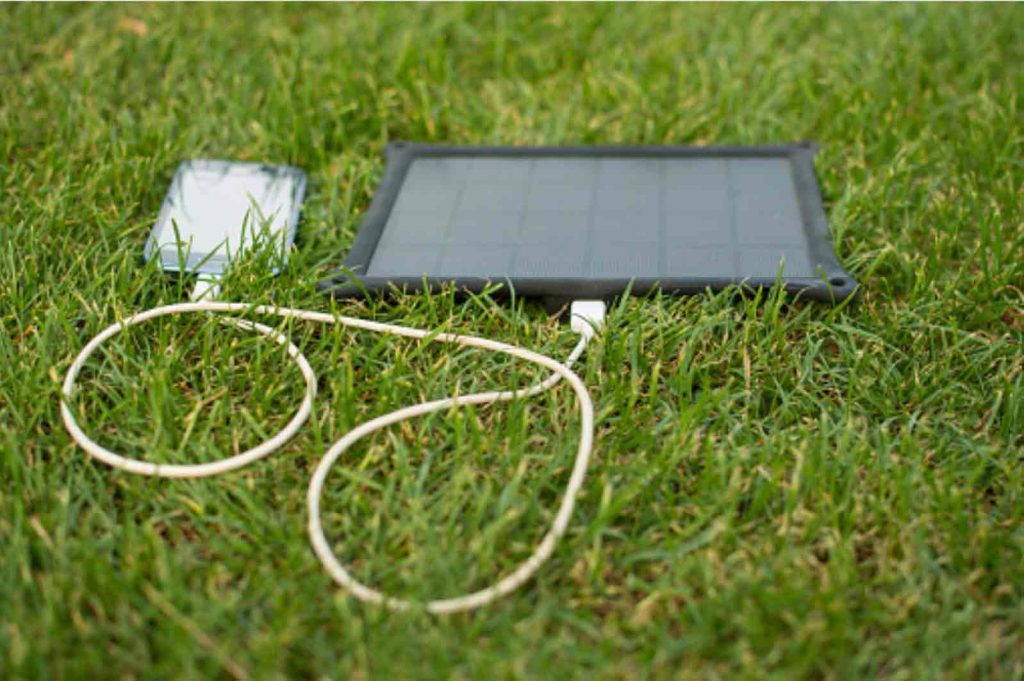 With a solar charger, you can be sure to have power available to your cell phone whenever you need it. It does not matter how far away from the city and the electricity you get. If you own a solar charger you will be able to power your cell phone at all times. Phones usually come with inbuilt charge controllers so it is safe to use directly.

The handy solar laptop chargers come in different sizes, weights and shapes and even with their cost. This might cost you, but simply think about the help that it could provide for you such as free energy and a long period of employment.

A 60 Watt Monocrystalline Solar Charger will be sufficient for this purpose. It is also important to make sure you match the voltage for you laptop. Furthermore, the usage of this charger is not for laptop alone, it can also be use to charge electronic devices like the mobile, GPS systems, iPods, camcorders, PDAs and even to jump start an automobile during emergencies.

Using a Laptop on the Outdoors Using this kind of charger is considered as handy due to it has less wiring and cabling. There are two types of solar battery available in the market. Both of these compact and user friendly but the selection will depend on your preference as well as your budget. There is a kind of solar laptop charger that you can also fold and there are ones which is a hard case type and bring it safely. With this kind of solar panel charger, you only need to click the shut button if you are not going to use it. This will surely eliminate the chances of damaging the solar panel itself.

Portable power stations are basically large batteries that can be used to charge devices while they’re being used or when they’re not connected to an outlet. They’re great for camping trips or emergency situations where you might need power but don’t want to rely on your car battery or outlets. 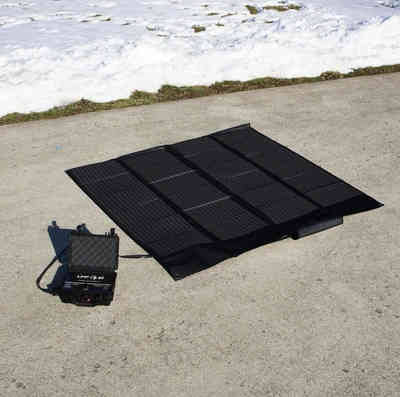