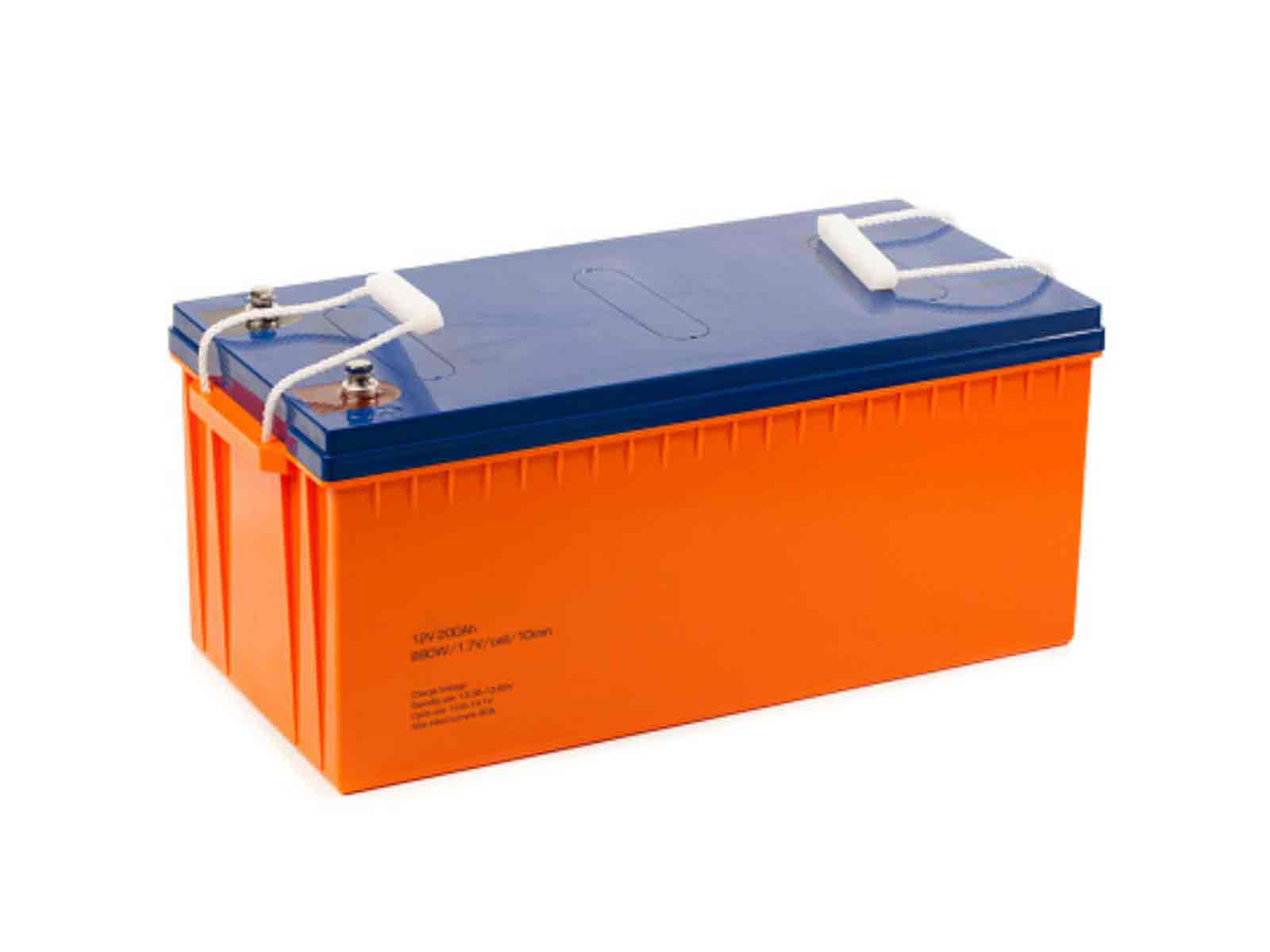 Sunlight is only available for a couple of hours each day for meaningful use with solar panels.  You’ll need to store the excess energy for later use at night or when there is no sunlight or pull constant power and even in bad weather conditions.  So you need a battery that will provide long periods of discharge and fully recharge in a few hours of sunlight. The battery you’ll need is a deep cycle battery.

As stated before there are three types of Marine batteries you’ll find in the market: A deep cycle, starting, and Dual purpose or hybrid.

A starting battery unlike the deep cycle battery is designed to supply an initial burst of power to get an engine running. The starting power of a Starting battery is measured by Cold Cranking Amps (CCA) which is the amps the battery can deliver in 30 seconds at 0°F.

A starting battery isn’t suitable to be used for deep cycle charges like in a solar system or on a trolling motor. Its job is to only start the battery.

This type of battery is characterized by a large number of thin plates that present a maximum surface to the electrolyte, therefore, enabling it to release a high current to start a boat’s engine.

A deep cycle battery is designed to supply a constant and steady supply of power. This allows them to run for a long time until discharged (up to 80%) and then recharged.

So instead of providing a surge of power over a short period of time, a deep cycle battery will provide a constant charge over a longer period of power. This allows them to sustain loads in 12v or 24v systems including solar systems.

The battery is characterized by thicker and fewer plates compared to the thin plates of the starter battery. There is less surface to react with the electrolyte so the current release is slower therefore ideal for a steady draw.

A hybrid battery is also known as a dual-purpose battery.  It acts both as a Starting and Deep-Cycle battery. The battery tries to deliver high discharge currents without excessive voltage sag up.  They however cannot deliver a very high starting current as a starting battery and the cycle life is half of that of a true deep cycle battery.

You can also a hybrid battery in a solar system but it won’t last as long as a true deep cycle battery.

Qualities of a Good Marine battery

While the type is one of the differentiators of marine batteries there are other features that will vary from each brand giving you a different experience.

So it is important to be able to pick out a good quality battery.

The new sealed batteries require zero maintenance and make them easier to own and use. AGM batteries used “Absorbed Glass Mats” between the plates. The electrolyte is contained in the glass mats. They therefore cannot spill even when broken.  They are also safer to mount in positions that would otherwise damage conventional lead-acid batteries.

Over time, batteries gradually begin to lose their effectiveness and stop being able to maintain a charge as effectively as they once could. Even if it’s completely new and unused, a battery that’s one year old won’t perform as well as one that was just delivered from the factory.

The best type of deep cycle batteries for are lithium batteries and have come to replace more common AGM batteries; They offer a deep discharge of up to 90% and are also very efficient. However, they are quite expensive and you can opt for the new AGM batteries that give you great performance as well.

Lithium battery technology continues to improve and these types of batteries are becoming the best options as they add more functionality to a battery bank to allow it for more than just for home use.

Here are reasons why Lithium batteries are a better option for your marine battery bank.

What this means is the Lithium battery will charge not only more efficiently, but more quickly than a lead-acid battery. This can be particularly important in situations with limited charging methods available, such as from solar panels.

While good quality Lithium batteries such as C&C Power Supply batteries are far more expensive to buy and set up initially, the actual cost of ownership is considerably cheaper than lead-acid batteries (calculated in terms of cents per charge cycle).

In a lead-acid battery, the voltage will continue to drop over time as the internal circuit within the battery will self-discharge. This forces the connected electrical device to eventually shut down at its minimum operating voltage.

In the Lithium battery, however, voltage tends not to drop under load until the battery is almost depleted. For example, an ignition coil in a motor vehicle will have a consistent spark due to the battery’s ability to deliver a consistent voltage.

I would recommend getting an LFP Deep cycle 100 Ah Battery. I use it to run a 130 W refrigerator for 24 hours. It works with 90% efficiency and can be discharged up to 80%. It can also power my tv and fan when I disconnect the fridge.