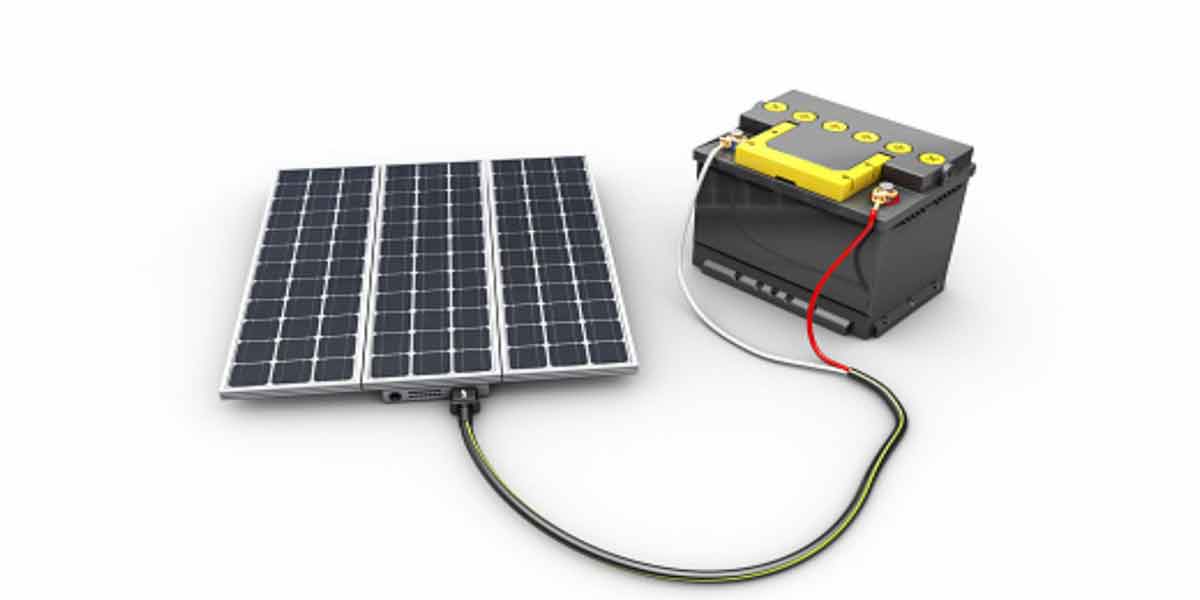 A battery bank will help you get the power you need when the grid goes down or during tough weather conditions. Battery banks are also great for storing solar energy so that they can be used at night, on cloudy days, or while on vacation on your off grid cabin.

A battery bank should ensure your critical loads continue running for at least a day or two before power is back or daylight when you can recharge with solar. Buying a pre-made battery bank is the quickest and easiest way, but pre-made packs can be expensive.

We show you the types of banks you can create, the requirements, and the process of building your own battery bank at home.

A battery bank is made of identical batteries wired in series and amps managed by battery connection switches that will optimize available capacity between all attached loads. These loads should not be greater than 80% of the amps available in the bank.

Lead acid batteries on are the more common types of batteries used in battery banks as they have lower initial costs and are readily available. They are three types you can find in the market; shallow or starter batteries, deep cycle batteries or the marine hybrid type.

Lithium batteries are the go-to for solar applications especially if you looking for a low-maintenance system. They are mainly used in lightweight and have a high-efficiency performance. The main advantage they have over other Lead Acid batteries is that they can be discharged up to 90% before the voltage drops (but it is recommended to go up to 80%).

The simplest battery bank is one or more deep-cycle batteries connected in parallel. This can be accomplished by using a DC to DC converter to create the right voltage for the batteries.

Insulators make sure that connections between cells don’t short circuit by preventing contact with each other. The best insulation used for tops and bottoms of stacks of cells is hard fiberglass rod insulation without varnish, because it doesn’t leave any sticky gunk on the cell edges when you peel off a sheet to wrap up your dead stacker batteries.

A charge controller regulates the voltage and current from the solar panel and protects the battery from being overcharged.  Controllers usually have three stage of charging; bulk, absorption and float.

Bulk is where most of the current from the solar panel is used to charge the battery. It then enters the absorption stage where it slows down the amps going in the battery once a certain voltage is reached.  At the float stage the battery is fully charged and is just being topped off to remain full.

They are two types you can find in the market PWM and MPPT controllers.

Lithium batteries can also not be discharged in low temperatures and you’ll need to disconnect them in case temperatures fall below 5 degrees.

A battery management system or BMS protects the battery from overcharging, undercharging and discharging too quickly.  Most lithium batteries will come with an in built BMS but if you are assembling lithium battery cells yourself ensure to have one in your system.  You also need to ensure that all the terminals of the battery are connected to the BMS.

Modern battery monitors can even relay information over Bluetooth and internet allowing you to monitor your batteries performance remotely.

You should ensure that you install a fuse between the solar panels and the charge and controller and the battery and the charge controller.  This is in case there are spikes in the system your battery is protected.

Ensure you use the right gauge of wiring in your system. Using large cables reduces resistance and ensures charge flows evenly.  Under sizing wires can pose a great risk to your system. It will leads to voltage drop in the wires leading to power loss and the wires may heat up creating a fire hazard.

In a series connection the wires connect the negative terminal of the first battery to the positive terminal of the next battery. Connecting batteries in series adds the voltage of the two batteries, but it keeps the same amperage rating. For example, these two 6-volt batteries rated 10 amps joined in series now produce a combined 12 volts, but they still have a total capacity of 10 amps.

When connecting batteries in Series: Never cross the open positive and open negative terminals. This will cause a short circuit which can be unsafe for both your electronics and yourself!

Also make sure that any batteries you are connecting in series are rated with compatible voltage levels before connecting them together, as they may not charge properly if one battery has more capacity than another. This can also lead charging problems, and shortened battery life. .

This system is completely independent of conventional utility lines. All electric power used will come through the generator or its battery. While this system can be more expensive and does involve some maintenance, it may sometimes be necessary. This is especially true in very rural areas that do not have standard electrical lines in place yet.

A backup power system is designed to kick into action for when power outages occur. This will avoid disruptions as it will continue supplying your home or office with electricity. In this system the battery can be recharged using electricity from the grid, a generator or using energy from solar panels.

It is usually preferable to charge your battery bank in an automatic “smart” way with solar panels that also charge your house’s main inverter and supply power to the grid as well as back into the battery banks so you can tailor how much electricity you are producing.

If you do not have solar, then a generator can work if there is plenty of fuel. Voltage regulators are highly advisable if using non-solar sources for charging and they will make powering up again much easier when needed in emergencies. An offgrid system (using no public utility lines) may use higher capacity batteries to store power from a wind turbine or other renewable plant.