All cars require a certain amount of power in order to start. That power is provided by the battery. The battery also provides enough power to run the lights and other accessories in the car while it is running.

A 100-watt solar panel can fully charge a car battery in around 12 hours. This is in full sunlight conditions so this can actually be two days as it won’t be charging at night.

A smaller 5-watt panel can provide a trickle charge to maintain the battery and prevent it from discharging and can be kept throughout. 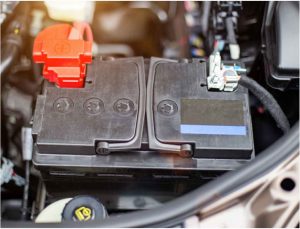 How many amps to charge a car battery

How long will a car battery take to fully charge with a 100-Watt Solar Panel?

Depending on sunlight availability and how far the battery is discharged a 100-watt solar panel can fully charge a car battery in the course of a day.

How long will a 10-watt Solar Panel take to charge a car battery?

Can I Leave a Solar Trickle Charger on all the time?

Yes, you can keep the battery charger on all the time if the solar trickle charger is 5 watts or less than that. If you using a bigger solar panel you need a charge controller.  A charge controller will automatically sense when to charge or when to maintain and provide the appropriate charge.

If a battery’s state of charge is low, the charge controller will automatically apply a 15-volt high current boost to increase the available current to the battery from the solar panel. As the batteries near full charge, the charging voltage will step down to maintain the optimum level necessary for long life without overcharging or boiling.

Why does it take this long to charge a car battery?

A battery has to undergo various stages in order to become fully charged. An empty battery will charge quicker than a battery at half capacity. This is because the more the battery is charged the voltage increases and this provides more resistance to charge coming in. This applies to Lead-acid batteries (Gel and AGM) and it’s only lithium batteries that behave differently.

Stages of a Battery Charge Cycle

A battery cycle occurs when a battery is discharged and then recharged.

A battery charge cycle typically contains four stages: charging, absorption, float, and equalization. The charging stage is when power is first applied to the battery, and the current is highest.

The equalization stage is when the voltage is increased for a short period of time in order to equalize the charge in all the cells.

The bulk charging stage of a battery’s charge cycle is when the battery is charged at its maximum rate until it reaches approximately 80% of its full capacity. At this point, the charge rate is reduced to avoid overcharging the battery.

In the absorption stage, the voltage is increased to a level above the battery’s normal operating voltage. This creates a “plateau” of constant current flow, allowing the battery to be fully charged with minimal gassing.

The float stage of a battery’s charge cycle is the period of time when the battery is fully charged and is no longer being actively charged by the charger. During this time, the battery’s voltage will remain constant. At this point, a small charge should be applied to keep the battery topped off.