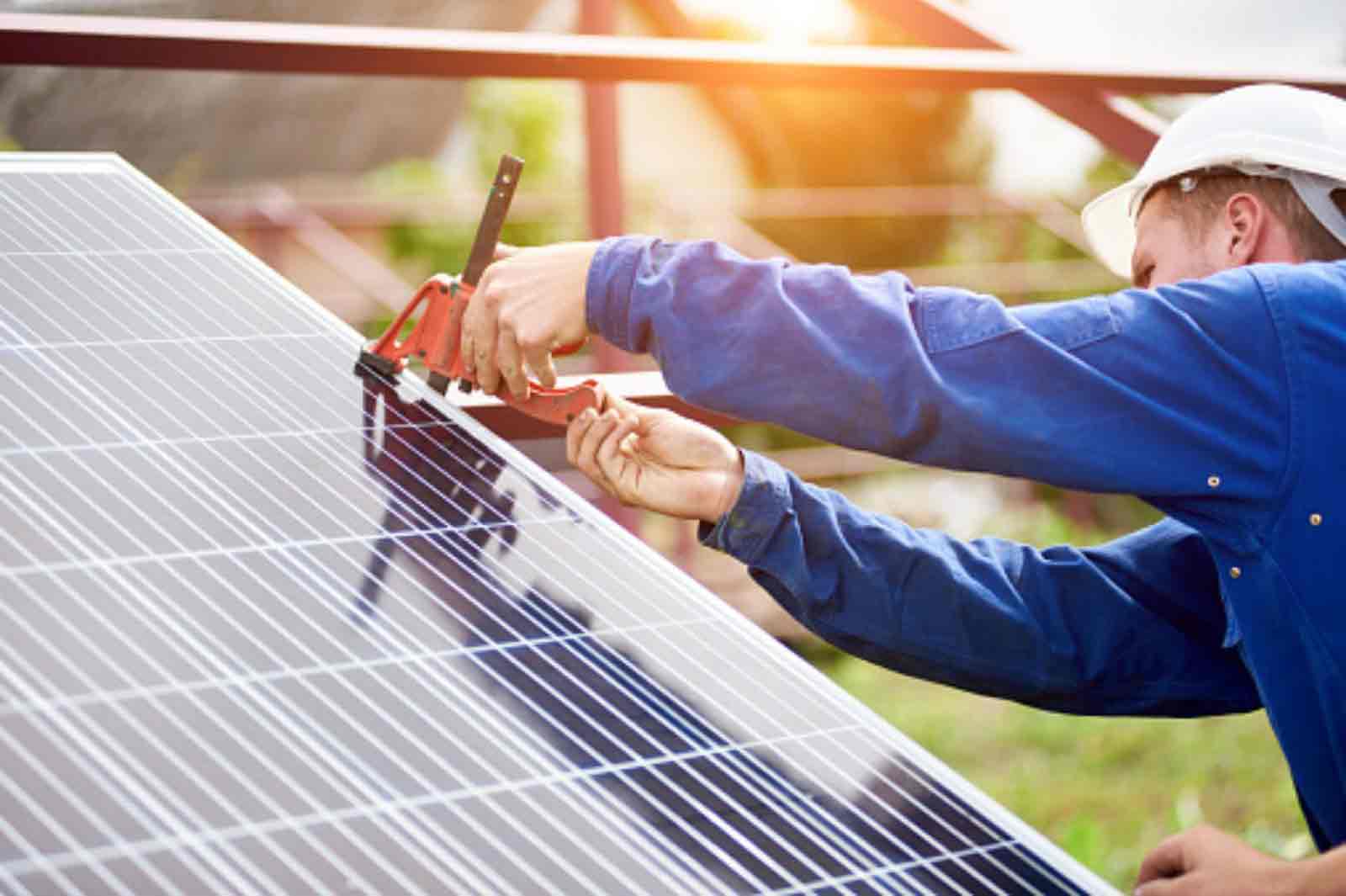 Solar panels are a leading development in renewable resources that is growing in popularity. Though they are somewhat expensive, no one will argue that the sun is an abundant resource that needs to be used.

When looking at those large flat panels staring at the sun you might ask, how do solar panels work? The science behind solar panels is quite involved. Simply stated the sun showers the earth with photons that are then collected by the panels. Silicon is placed beneath a layer of non-reflective glass and absorbs the sun’s photons. The atomic structure of the silicon takes the photons and converts them into DC electrical power which is then converted in to AC by use of an inverter.

To go further into detail, we need to look closer at the element that is doing the work. Silicon combined with phosphorus or boron creates a charge that is positive or negative. With silicon and phosphorus, a negative charge is created. With Silicon and Boron a positive charge is formed. When the sun strikes the silicon and phosphorus combination it floods it with extra negative charges. These charges are then drawn to the positive polarity of the silicon and boron combination. This flow of electrons creates electricity. The number of solar cells present in a panel along with the quality of the materials used will determine the total electric output of the panel.

The silicon and its partners (phosphorus and boron) are placed together to form the photovoltaic cell. With advances in technology, scientists will eventually create small and more efficient panels that can be used in a much wider range of applications.

The new batches of solar panels are the thin film and ribbon silicon technologies. These are just like the ones you see in calculators and watches. They are essentially polycrystalline cells which are either arranged or poured from molten silicon. They have the same limitations as the other types of polycrystalline panels.

Although installing solar panels in your home requires an initial investment, the advantages of solar energy make that investment worthwhile. Solar power is more environmentally-friendly than other fuels such as oil and natural gas, since it uses only sunlight to generate energy and doesn’t produce any harmful waste or run-off. Solar power is a completely renewable form of alternative energy. It isn’t subject to supply and demand or the ups and downs of the market. Unlike oil, we will never run out of solar power, nor do we have to worry about the long-term, irreversible damage it may be doing to the environment.

Over time, a solar panel installation can pay for itself in the drastic reduction of electricity a household uses from the national grid.

Solar energy is virtually free, and many electrical companies will even buy any extra energy a home produces but doesn’t use. This concept is known as “net metering” and can give you a credit on your account with the local energy company. (It’s a good idea to check ahead of time, however, as this might not be offered by all companies in all areas). There are even some tax incentives for homeowners who use solar panels; you can consult a tax accountant about taking advantage of this offer.

Another of the advantages of solar energy is that it is a completely independent source of alternative energy. Solar energy doesn’t make your household dependent on an outside company and neither will you have to worry about outages due to downed power lines, lightning strikes, equipment malfunctions, or fossil fuel shortages. Because solar panels are independent of power grids, they are also useful in remote, rural areas. Some solar panels are even built to be portable for use during camping trips or to power laptops, outdoor photography/video equipment, and other devices.

Solar panels have further advantages over other alternative energy sources because they are very low-maintenance. They don’t have moving parts that need to be cleaned, repaired, or ever replaced, so your solar panel will never break down. There are various sizes of solar panels available, so that a home of any square footage can benefit from solar panels in the yard or on the roof.

The advantages of solar energy far outweigh the disadvantages, of which there are relatively few. Solar power is a clean, safe, reliable source of energy every household should take advantage of.

How Long Do Solar Panels Last?

For most people looking at going solar there are usually two big questions. Firstly, most folks want to know how long do solar panels last, and secondly they want to know are solar panels worth it? The short answers are; a minimum of 25 years and YES, solar panels are definitely worth it!

One of the hardest aspects of answering the ‘how long do solar panels last’ question is actually finding a decent amount of actual domestic solar panels which have been around for longer than 20 years and are still being used today. Believe me, there aren’t many out there. Of the few that have been  we found ourselves, we found that the majority of the systems assessed are still producing electricity at around 80% of their original power output.

This includes a large sample of systems in California which were installed in the 1970’s, an amazing result!

According to studies on rooftop solar panel systems it has been found that all types of solar panels lose about 0.5 – 1% efficiency per year. These findings are consistent with the observations of older installations showing that systems 20-30 years old which are still running at around 80% output have dropped efficiencies within this range.

The majority of solar roof panels come with 25 year warranties. While this is more than enough for most folks, it is becoming a well-known fact that your solar panels will last a lot longer than this if you look after them right. It’s just not practical to give warranties longer than 25 years due to the drop in efficiency.