And because lithium batteries can be discharged up to 90% of their capacity you can get as much power from a 200 Ah lithium battery as you would from a 400Ah lead-acid battery system. This is with the added benefit of quick recharge time this is especially true when using solar panels.

This means that you can use your high wattage appliances early in the morning or afternoon when the sun is out and using solar panels can fully recharge the battery in a few hours.

We look at this plus more in this article. 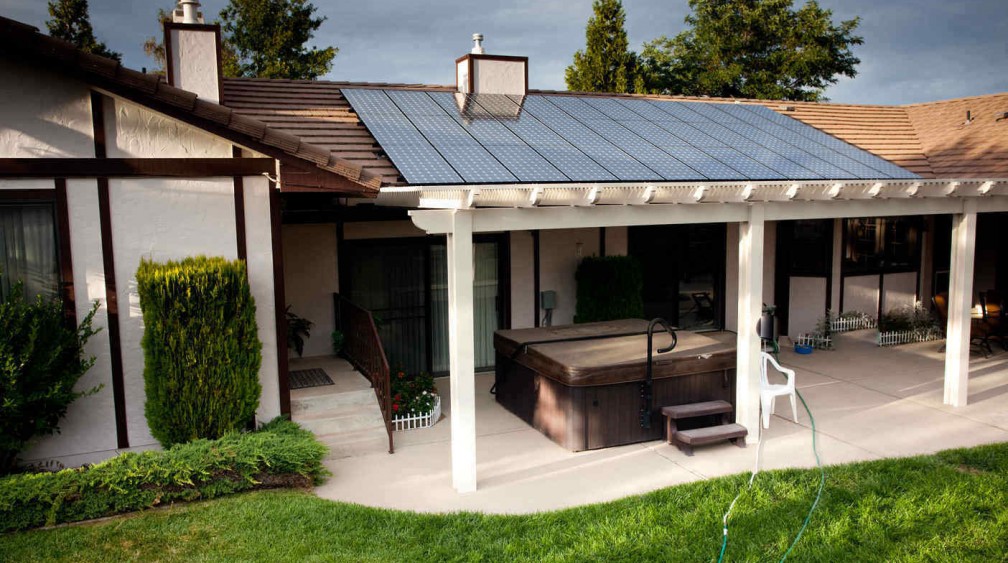 A battery’s capacity is measured in Amp-hours (Ah). One amp hour is equal to 1 amp flowing for one hour. So, if you want to know how long your battery will last under load, you need to know how much current it can supply, which depends on its voltage and resistance. For example:

The key to sizing any battery bank is knowing how many amp-hours you need per day. For example, if you want to run an appliance that draws 20 amps for 6 hours every day then you would need 120 AH of battery capacity (20 x 6 = 120).

For most people, this will mean sizing their battery based on how much energy they use during the day or on weekdays versus weekends. This can vary considerably depending on what appliances are being used and whether or not there are multiple users in the house.

For some devices like electric heaters or coffee makers, you will only be using them for a couple of minutes in a day. Appliances like your refrigerator can run for hours while you can run a Tv for two hours a night for the occasional movie or sitcom.

In order to get the number of Amp-hour required you’ll first need to get the power requirements of your appliances and convert them to Ah.

How many Amp-hours does a Refrigerator use?

Depending on its size a fridge uses about 150 to 300 watts of power per hour.  The compressor is the biggest consumer of electricity in a refrigerator and runs at least 4 hours a day. That’s why the maximum power consumption of the refrigerator runs.

So a 200-watt refrigerator with good energy management can consume less than 2000 watts-hours in a day. This is because the 200-watts is the starting requirement however the running watts will be quite lower.

A watt-hour is a unit of measurement of energy. It is equivalent to 1-watt of power over an hour. Some batteries will have an indication of watt-hours as well which can things straightforward.

But in our case, we need to convert the Watt-hours to Amp-hours. To convert watt-hours to amps you divide the watt-hours by the voltage of the battery. Batteries are typically 12v.

So in order to run our refrigerator, we’ll need;

If you were to consider a freezer you will need half of that. A typical freezer will use about 100 watts per hour, and you would need 100 AH of storage capacity if it were one cubic.

How Many Amp-Hours for the Whole Home

This is a list of essential appliances when for an off-grid with the Wattage and Daily Watt-hour requirements.

The total wattage requirement for our example above is 2330 watts and the total watt-hour requirement is 4810 Watt-hours.  To calculate watt-hours you simply multiply the wattage by the number of hours you are running the device.

Again to get the Amp-hours we will divide the total watt-hours by the voltage.

So to run all your appliances in a day you’ll need 400 Amp-hours of battery capacity which is a lot in terms of space and price.

A Battery bank uses a deep-cycle battery. This type of battery is designed to be discharged and recharged many times. A deep cycle battery is characterized by thicker and fewer plates. There is less surface to react with the electrolyte so the current release is slower therefore ideal for a steady draw.

This applies to lead-acid batteries. The major drawback of using lead-acid is that you can only discharge them up 50% of its capacity. So our 400 amp-hour requirement actually becomes 800 amp-hours. This is almost 7 AGM batteries.

This is why the best battery for off-grid power is lithium-ion batteries in this case Lithium Iron Phosphate batteries.

A LiFePO4 battery is a lithium-iron-phosphate battery, which is a type of rechargeable battery that has come to replace AGM deep cycle batteries. This is because it has a number of advantages over other types of batteries.

A 200 Ah LiFePO4 battery can supply as much power as a 400 Ah lead acid battery. As started in the beginning you can actually use 90% capacity of lithium-ion battery. They also charge a lot quicker meaning that any power you use can be easily replenished from your solar power. This adds on an extra capacity to be able to run a system much like from a 400-Ah system.

Other Components You’ll Need for Battery Bank Set up

The battery does not work alone and you’ll need a number of components to keep the system running.

An inverter is a device that converts direct current (DC) to alternating current (AC). The input voltage, output voltage and frequency, and overall power handling depend on the design of the specific device or circuitry.

Also, make sure the inverter can to handle the surge wattage of the devices being powered.

A charge controller is a device that regulates the flow of electricity from a solar panel to a battery. It prevents the battery from being overloaded and damaged by the solar panel.

A better solution to upgrading to lithium would be going for a Lithium Power station or Solar generator. To run smoothly included with the lithium battery is the charge controller, a display meter, 12v plugs, and fuses all in one box. You won’t need to do any wiring and everything will be covered by the manufacturer’s warranty. It will also include the input plugs that can be used for onshore power, regular power, or solar panels.

Some solar generators will have a 30 amp power shore plug that can connect your cord directly and power all your appliances. You can also be still running off your AGM battery bank to run your other appliances and use your power station to run high-demand appliances like Microwaves, coffee makers, and AC. But this will be dependent on the size of the solar generator.