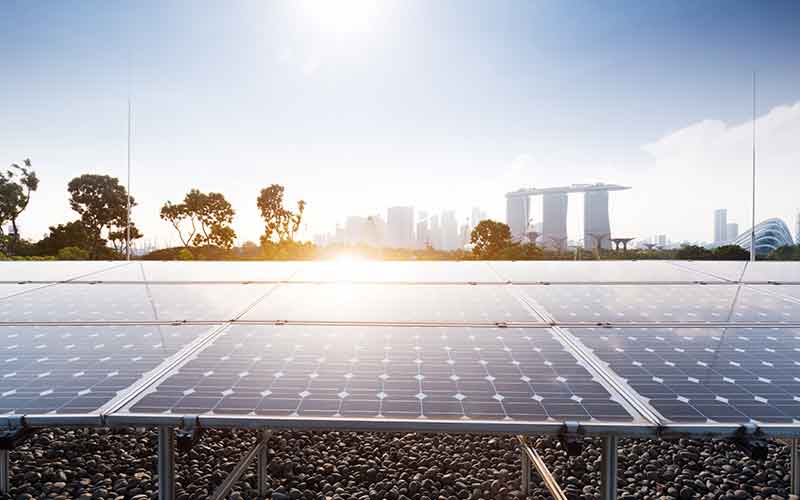 What is solar energy and how can it be measured? Solar energy is the radiant light and heat from the sun. It is a renewable resource that can be harnessed to power our homes, businesses and cars. It source of energy that we should all take advantage of because it will never run out. But how do you measure solar energy? This blog post answers these questions for you!

One important concept you have to understand is the difference between solar radiation and Solar insolation. The Earth’s atmosphere absorbs 99.5% of the energy from the sun. This is what we call “radiation”. Only one-tenth of one percent, or 0.001%, gets through to the ground to be absorbed and converted into heat stored in soils, rocks, oceans and other surfaces; and this is what we call “insolation” (derived from “to shine upon”).

We touch on this later in the article.

What is Solar Radiation

Solar energy is radiated from the sun in the form of  electromagnetic radiation. The shortwave solar range that reaches Earth’s atmosphere are classified as ultraviolet, while visible light and infrared fall within the mid-range of wavelengths.

Infrared and visible spectrum make up the vast majority of solar radiation. The amount of UV light that can reach Earth depends on factors such as latitude, time of year and elevation from the ground. Ozone in the stratosphere also filters out some UV rays. The radiation reaching the earth is the  harmless IR (infrared) and Visible Spectrum which provides much life sustaining energy.

The longer electromagnetic waves are infrared, with a longer wavelength than visible light too long to become heated in Earth’s atmosphere on their way down from space. In contrast, ultra-violet has shorter wavelengths and can be high energy enough to penetrate certain gases in Earth’s atmosphere while still carrying enough heat. This also explains the two types main of classification of solar energy; solar pv and solar thermal

Solar irradiance is a measure of the energy from the sun that reaches an area of Earth’s surface. It corresponds to the incoming solar power on a horizontal plane, per unit area.

Solar irradiance is the amount of solar energy per unit area that is incident on a surface in space. It can be measured by using a pyrheliometer.

Pyrheliometers measure ‘direct solar radiation’ E: the amount of solar energy per unit area per unit time incident on a plane normal to the position of the sun in the sky, coming directly from the sun itself.

Solar insolation is a measure of the amount of sunlight that falls on to a given surface. It can be calculated from the formula

* Insolation is generally measured in kWh/m^2 or kW/m^2, which are unit’s of energy per year. One kWh equals 1 J/s. So one kW is 85952000 W*s, which means it would take 3125 seconds to use one kilowatt hour. In other words, there is a terminology for 100 Kilowatts as “1 Megawatt” and if you wanted to convert between these two

Solar energy reaching the earth’s surface at any instance

This number varies according to location and other factors, but the average range is between 1-10%. Heat and light from the sun represent a nonstop input of solar energy that supports life on Earth. In fact, it has been estimated that some 85% of all animal species are not primarily dependent on food derived directly from plants but can live on those produced from light alone.

The intensity of solar radiation falling onto our planet’s surface is reduced by reflection and absorption through clouds, in addition to reflection by ice and land masses. Even so, this average does not take into account daytime high-altitude phenomena such as crepuscular rays (also called earthshine) – an intense beam projected towards the earth’s surface.

How much solar energy makes it to a rooftop

After we take away all the factors that affect solar gain, how much solar energy does make it to the rooftop of your home or your yard? More than we imagine. The solar energy making it to a roof in Central Manchester, Connecticut, in a year for example, is about 6-7 times as much energy as a normal house with average insulation in the northeast consumes for space heating or about 25 times as much energy as is consumed to heat water.

If you want to find how much solar energy is available to you at different times of the year, there are good sources available online. This site is one of those places that provides information based on your longitude and latitude on maps or in tables that include data for over 1000 ground sites.

How do we use Solar Insolation to plan the size of your system? If we know how many kilowatts we need to meet the electric requirements of our home, we are now in a position to size our system. If we are building a grid-tie system, you can use the average annual irradiance for your calculation since the objective is to make our payment to your utility company zero for a full year. If we are building a off-grid system, we need to pick the irradiance value for December since we need to produce sufficient power all year.

Other Units for Measuring Solar Energy in a Photovoltaic System

A unit of electrical current or rate of flow of electrons. One volt across one ohm of resistance causes a current flow of one ampere.

A unit of electrical force equal to that amount of electromotive force that will cause a steady current of one ampere to flow through a resistance of one ohm.

The rate of energy transfer equivalent to one ampere under an electrical pressure of one volt. One watt equals 1/746 horsepower, or one joule per second. It is the product of voltage and current (amperage).

A standard unit of electrical power equal to 1000 watts, or to the energy consumption at a rate of 1000 joules per second.

The point on the current-voltage (I-V) curve of a module under illumination, where the product of current and voltage is maximum. For a typical silicon cell, this is at about 0.45 volts.

The amount of power density in sunlight received at the earth’s surface at noon on a clear day (about 1,000 watts/square meter).

Electrical current that flows in one direction through the conductor. To be used for typical 120 volt or 220 volt household appliances, DC must be converted to alternating current.

Time when the photovoltaic system cannot provide power for the load. Usually expressed in hours per year or that percentage.

The ratio of the electric power produced by a PV device to the power of the sunlight shining on the device. Cell efficiency defines how much energy in sunlight is actually converted into electricity.